Season Finale to feature Gershwin’s Rhapsody in Blue, May 22, 2022;

The Southern Stars Symphonic Brass Band present “An Afternoon at the Movies” on May 22, 2022, with guest soloist Annetta Deck on piano.

The SSSB, a professional instrumental ensemble of 30 musicians, is giving the last concert of their 21/22 season on May 22 at 3 pm in the 1200-seat auditorium at Stone Memorial HS in Crossville. The group is in its 14th season of providing a three-concert season in Crossville and have developed a national reputation for providing “Premium Entertainment.”

The upcoming concert will feature movie music and will include:

The special guest artist will be Crossville resident & pianist Annetta Deck, who will be performing George Gershwin’s A Rhapsody in Blue.

This selection is a virtuoso tour de force, and this is a rare opportunity to see a live performance of this classic piece. Ms. Deck will be accompanied by the Southern Stars ensemble.

Annetta performed this 20-minute selection by memory as a 4th grader, and this left her with the classification as a child prodigy. A 7.5-foot Yamaha grand piano has been rented from Knoxville to provide Annetta with an outstanding instrument to allow her to do justice to this classic piano solo.

Tickets are available in advance at the First National Bank of TN branches in Crossville and Fairfield Glade; SDP Financial Planning at the Fairfield Glade Village Mall; and Bed & Biscuit Kennel off of Peavine Road. 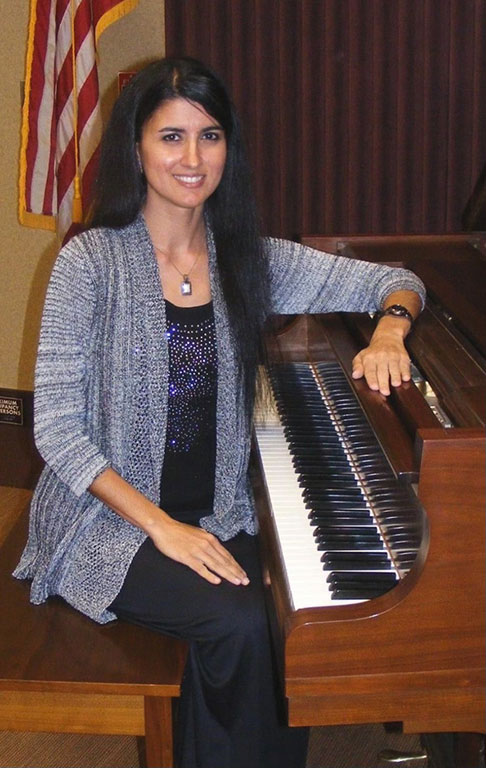 Pianist Annetta Deck will perform Gershwin’s Rhapsody in Blue, accompanied by the Southern Stars Symphonic Brass, on Sunday, May 22, 2022, at 3 p.m. Central in the Stone Memorial High School Auditorium

Annetta Deck, a native of the State of New Mexico, began her musical education with private piano lessons at the age of five years old. She quickly excelled in her studies to where, within a few months after starting lessons, she began performing classical works of Wolfgang Amadeus Mozart, Robert Schumann, and Johann Sebastian Bach, to name a few.

She was considered a child prodigy, and at the tender age of nine years old, Annetta performed by memory the intricate Piano Solo work of George Gershwin’s ’Rhapsody in Blue’ for a student recital held by her childhood piano professor.

Throughout her youth, Annetta won various awards in state and regional competitions, and in addition to competing, she enjoyed performing in local events held in both her school and community.

In 2006, Annetta moved with her family to Crossville, Tennessee where to this day, she thoroughly enjoys teaching private piano lessons to students ranging from age five to senior adults. Annetta is a proud member of the Music Teachers National Association, as well as the Knoxville Music Teachers Association.

In addition to teaching, Annetta also enjoys performing in various events in and around Cumberland County. Since 2015, she continues to serve as accompanist for Cumberland County Community Chorus and Stone Memorial High School Choral Program.